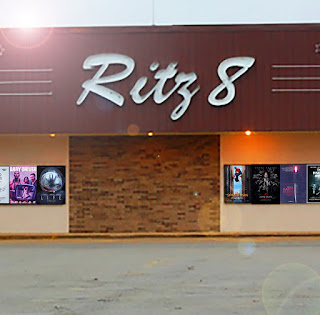 This Week is all about the movies.

I go to the movies almost every week. I purchased a “Movie Pass”  this year which allows me to see a movie a day everyday for a month for the flat rate of $9.99.  It’s a great deal if you go to the movies a couple times a month. It’s a necessity if you are me. You can check it out for yourself here.

out of my 111 times at the theatre here are the movies I enjoyed the most in 2017.  No particular order excluding the last one which was my favorite film of the year. 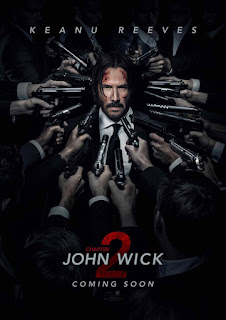 John Wick 2 - Starring Keanu Reeves (the Matrix) and Ian McShane (Deadwood). John gets sucked back into the world of elite hitmen when one of his markers comes due.  The marker belongs to a powerful crime boss that once did Wick a favor. In return he received a marker that would guarantee Wick’s help if he ever needed it no matter the circumstances.
John refuses the marker and his house is blown up as an object lesson.  He survives and reluctantly agrees to fulfill the contract after which he makes it clear that he is coming after the person that called it in.
I loved the first John wick and while this is not near as good it was still a really fun ride. 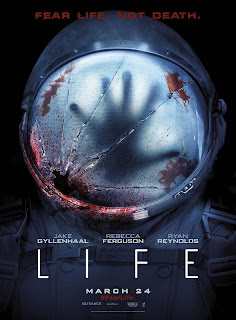 Life - Starring Ryan Reynolds (Deadpool) and Rebecca Ferguson (Mission Impossible Rogue Nation) A team of scientists aboard the International Space Station discover a rapidly evolving life form that caused extinction on Mars and now threatens all life on Earth.
This was a very claustrophobic movie.  I like isolation horror.  That is what makes movies Like Alien and the Thing so suspenseful.  I watched this movie 22 times in the theatre, the second time just by myself. It’s a great movie for a cold winter night.
As I type this I am home alone and I have Life on in the background. 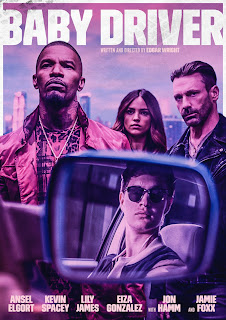 Baby Driver - Directed by Edgar Wright (Sean of the Dead) and starring Ansel Elgort (the Fault in our Stars) John Hamm (Mad Men) and Jamie Foxx (Ray) Baby Driver tells the story of Baby played by Elgort a getaway driver that is coerced into being part of a heist that is doomed to fail.
This movie was absolutely brilliantly directed. By far the best shot and choreographed movie of the year.  After 3 viewings in the theatre I'm still in awe of how everything lined up so well.  The action is set against and in sync with the sound track in a way that is a blast to experience.  This was just a fun ride. 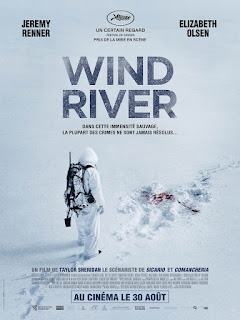 Wind River - Staring Jeremy Renner (Avengers) and Elizabeth Olsen (Avenger Age of Ultron) a murder on an Native American Reservation draws the attention of an FBI agent (Olsen).  During the course of the investigations she enlists the help of a hunter/tracker (Renner) to navigate not only the terrain but the dicey relationship with the people of the reservation
I went into this movie with zero expectations and ended up seeing it twice in the theatre then bought it immediately on digital when it became available.  Well acted and beautifully shot. The mystery will get you interested the drama will keep you watching. 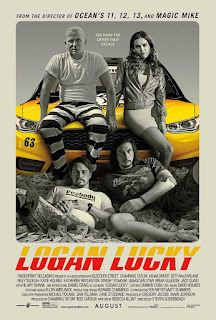 Lucky Logan - Channing Tatum (Magic Mike) Adam Driver (Star Wars the Last Jedi) Daniel Craig (Spectre) and Riley Keough (It Comes at Night) star in director Steven Soderberg’s (Oceans 11) latest heist film.
This was not just a really great heist movie but it was a very enjoyable comedy.  Daniel Craig is pitch perfect as the good old boy convict and demolitions expert recruited by 2 bothers (Tatum and Driver) to pull off a heist at a major NASCAR event.
Funny, exciting and a little bit sweet if you were a fan of the Oceans movie you wont want to miss Logan Lucky a film some have called “Oceans 7/11 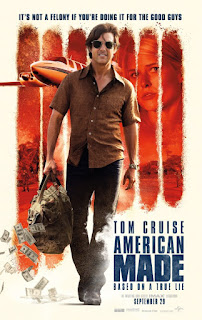 American Made - Starring Tom Cruise (the Mummy) and Domhal Gleeson (Frank) Based on a true story Barry Seal (Cruise) is a pilot for a major airline that gets caught smuggling in cuban cigars.  He is then recruited via threats of incarceration by a CIA agent played by Gleeson and forced to help take recognizance pictures for the government. All the while making a few deals on the side to smuggle drugs in for the cartels. Seals quickly gets in over his head with both sides and the ensuing crazyiness was both nerve wracking and fun to watch
While there was artistic license involved this was a great biopic and definitely worth the rent 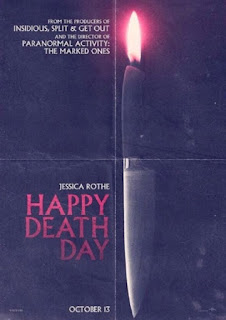 Happy Death Day - Jessica Rothe (La La Land) stars as a young lady doomed to repeat the same day over until she solves her own murder.  Think of it as a horror version of the Bill Murray film Groundhogs Day.
I had very low expectations for this movie and it ended up being my favorite horror movie of the year.  Going into 2017 I assumed the adaptation of Steven King's IT would be my favorite of the genre.  Howe ver that movie with it's bloated budget didn't do near for me what Happy Death Day did.
Blumhouse productions has made a career of making small budget movies that tell horror stories in original ways and this was no exception. 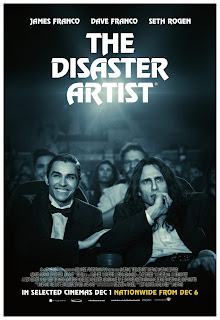 Disaster Artist - James Franco (Pineapple Express) The Disaster Artist details the incredible true story behind the making of The Room, a 2003 film that quickly became a cult hit due to its reputation as "the Greatest Bad Movie Ever Made. The disaster artist chronicles its production, and how it emerged from the friendship between weirdo auteur Tommy Wiseau.
Franco is a weird genius. This film is very well made which is a testament to itself because Franco directed the movie in character as Tommy Wiseau. 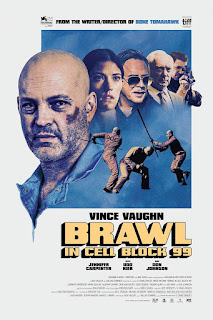 Brawl in Cellblock 99 - Vince Vaughn (Wedding Crashers) Jenifer Carpenter (Dexter) Don Johnson (Django Unchained)
I don’t normally include movies I didn’t see in the theatre. However this is without a doubt worth breaking the rules for. It was released this year but I missed it in the theatre and caught it on Amazon for rent
If you like prison movies then welcome to Cellblock 99. Just beware that this movie is ultra violent, shockingly so in one case.
Vince Vaughn gives his best performance to date and reminds us he can do drama just as effortlessly as he does comedy.
Bradley (Vaughn) makes some poor choices in order to provide for his family and ends up in jail and on the hook to a mobster.
I just can't get away from the next movie on my list or Brawl would have been number 1 this year. 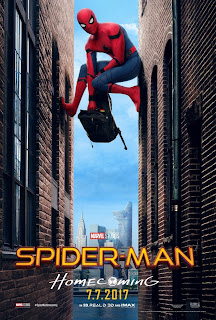 Spider-Man Homecoming - Tom Holland (Lost City of Z) and Michael Keaton (Batman) star in the first full length outing of Spiderman in the official Marvel Cinematic Universe.
I watched this movie 5 times in the theatre and loved it every-time. The perfect casting of Peter Parker makes this the most believable version of the character on film.
Michael Keaton makes the Vulture a formidable and genuinely scary villain something years of reading the comics left me to believe wasn’t possible.
Honestly a film for everyone and in my opinion the best movie of 2017

Star Wars the Last Jedi gets an honorable mention.  I don't like to put movies on the list that are less than a month old. I often like a movie more during that time then I do in retrospect.  For example Justice League would have made it on Batman alone a month ago but cooler heads prevailed as I saw it a few more times.

Now that 2017 is out of the way I have a list of movies I am looking forward to.  First and foremost is Avengers Infinity War.   Sicario 2, and Ready Player One may end up on this list next year.  I loved the book Ready Player One and if its half as good as the book it's gonna blow me away.