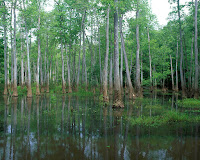 These are the things that I worrried about recently when a friend of mine hit the valley and life seemed to bottom out on him.

It’s easy to say to someone “pray about it” when things are going good for you.
When I was a new Christian nothing infuriated me more than someone saying that to me when I had a problem.

So today I was thinking and praying about what to say to my friend and 2 Kings chapter 6 came to my mind.  It’s here we find a story that reminds us of a simple biblical fact.

Elisha was living in a prophetic community.

Israel had prophets and often times they were not the most popular people.  Turns out when you tell an entire race of people they are doing it wrong it can cause some problems.
There are some however that get on board right away and they sometimes would form a community. These were very poor communities and the people often sacrificed comfort in order to live a more authentic life.

The meeting hall in this particular community was getting too small to be of good use so they say to Elisha that they would like to build a new one.
A place to meet that is larger and will accommodate more of them or at least the current amount of them more comfortably.

Elisha says “Go ahead” .  Because he is kinda their leader they ask him to come along.  He agrees, and before long they are cutting wood for the structure when one man working just as hard as the others I'm sure loses his axe head in the river.

Remember this was a small community they likely shared everything. Iron tools were few and far between and likely expensive. There was no real way for this man to compensate the axe’s owner. It’s not like today when you can run down and get a new axe at Lowe’s.

Elisha calms the man down and asks him to point where the axe head went in.  After doing so Elisha takes a stick and throws it in the river at the spot the Axe head submerged and the axe head floats to the surface.  The man grabs the axe head and the day is saved.

Sometimes we are hard at work a tool in the hand of God and through no fault of our own the strap breaks and we are flung from where God can use us into the dark.  It’s not a punishment or an indictment its just the way of this sinful broken world.
We feel like the axe head on occasion sinking further away from our purpose.  No longer useful and separated from the rest of the tools.

God has many tools he could use. There are literally millions of tools waiting to be used.   You however are His perfect tool for some job. you may not know what the job is but its you that He wants to use.

He won't just go get another axe.
It’s in those times that we have to remember God knows where we are, he never loses sight of where we went under
He promises never to leave us or forsake us. If we seek Him and we talk to


Him even in the mud He will float us to the top again.
Posted by Alan Wayne Myers at 7:23 PM