This will probably be a little lopsided.  I've only seen 38 movies in theatre this year which seems low for me.  It's for that reason I don't think this will really be a top ten as much as a list of movies I have seen and liked this year. 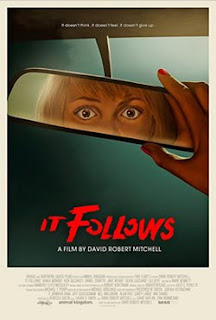 I'll start with It Follows.  This was a pretty low budget but effective horror movie.  Horror is pretty close to my favorite genre, I think because I wasn't allowed to watch it as a child so when I hit my late teens early twenties I devoured as much as I could.
It Follows has its flaws, but all in all it was a good movie with some solid scares and quite a bit of disturbing images. Not blood and gore mind you but general creepiness that sticks with you for a while. 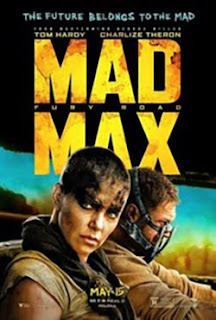 I really liked this movie. I've watched my digital copy a couple times since picking it up the day it was released.  It had phenomenal action and edge of your seat excitement.  The characters were well developed and interesting with the exception of Max. That to me was the big flaw in the film.  I didn’t care about Max.  I cared about Furiosa and the brides. I loved Nux but max was one dimensional and boring.  I hope the sequel returns some of the depth to the character that Gibson’s Max had.
Despite that it was still quite a spectacle to watch and i’m sure I’ll continue to visit it on down the road. 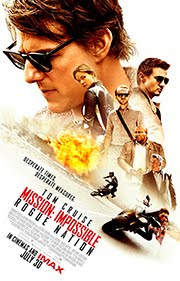 This franchise has become one of my favorites.  The series didn’t really take off for me until the third and it is overlooked by so many because Tom Cruise and his antics on Oprah directly prior to its release.
This particular outing is the first for Christopher McQuarrie on the franchise but not his last.  He has already been hired to return for Mission Impossible 7.  While I felt it was inferior to MI3 and Ghost Protocol it was still an excellent entry to the franchise. 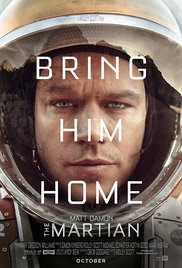 This was based on my favorite book from last year so it’s no wonder how it made it on to my best of 2015 film list. Good Ridley Scott movies are few and far between these days.  For every Prometheus there is an Exodus: Gods and Kings to contend with.  With that said the Martian to me ranks with the best of them on a list of Scott films.  This is the man after all that directed Blade Runner, Alien and Gladiator.  In my mind a far superior director to his late brother Tony.
What we get with the Martin is fully developed characters, real internal struggles and edge of your seat suspense and just a hint of comedy when things are almost too intense.  Matt Damon is at top form, something I was doubtful about prior to seeing the film. Due mostly to his poor choices in projects lately (see or rather don’t see Elysium). 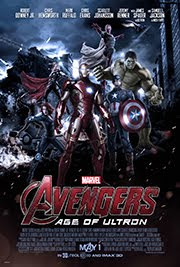 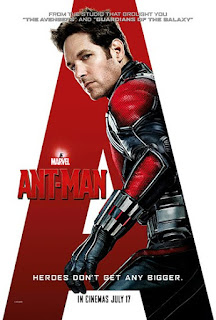 The amount of “movie spackle” you would need to patch the holes in this plot is astounding. However I am a fanboy at heart.  These are the characters I read as a child and the majority of which I still read. I genuinely fill with delight to see them on the big screen.  Marvels casting of the major characters has been nothing short of brilliant.  The biggest issue I have with this film and the future of the marvel cinematic universe in general is the next generation.  As this movie comes to a close you are shown a glimpse of the “new” Avengers and I could not possibly care any less about the majority of them.  The Vision has always been one of my favorite characters but even he would have trouble getting me in the theatre to see War Machine and the Falcon co-headline a movie.  I am unbelievably excited for Civil War, even though it is technically a Captain America film it feels like Avengers 3 from the trailer and promo material.
With all that said, AoU was a fun movie. It’s great to see all of those characters brought to life.

Ant Man
I had pretty low expectations for this one going in.  I enjoy Paul Rudd’s work in comedy but I wasn’t sure how he would play as a hero.  Fortunately that need not be a worry because this was a heist movie more than anything.  Making Scott Lang (the Ant Man) less of a hero and more of the straight lead.  The addition of Michael Pena as Luis added the comedy that Rudd would normally provide. Making the character of Scott Lang more believable and relatable than had he been the source of comedy in the film.
The whole sub particle aspect of the story did more to shrink my belief than add to the narrative but all in all it was one of the most fun experiences I had in the theatre this year. 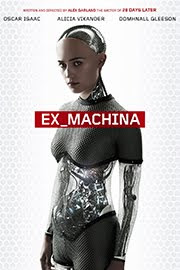 I struggled with this a lot.  It is in my opinion the best movie I watched in 2015.  The issue I was having is the fact that it is a rated R movie.  There are certain things I try to avoid in movies but the buzz from people I trust got me in the theatre for this one and I was not disappointed
It is a brilliantly shot film with an expertly crafted plot.  It’s one of those movies I wanted to see but didn’t have huge expectations for.  I liked the cast and the idea but didn’t expect to enjoy the movie as much as I did or for it to be my pick for best of 2015. 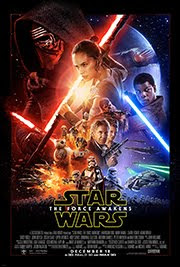 Star Wars Episode VII the Force Awakens (no spoilers)
I don’t know where this falls in my list. It’s a pretty recent watch so I don’t want to gush to much but it was certainly worth the wait.
I’m excited to see the franchise back on track.
I’ll definitely be seeing this again before the first of the year. 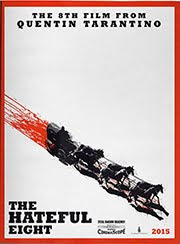 The Hateful 8
I was privileged to see an advanced copy of this and while I don’t think it was Tarentino’s best film it was a riveting watch.  In my opinion it’s going to take a lot to seat Django Unchained.  I believe it topped my list a couple years ago.


Hateful 8  does suffer from a bloated run time of almost 3 hours. However with Kurt Russell and Walton Goggins on the screen for the majority of that time trading Tarentino dialogue it seemed to pass faster.

Posted by Alan Wayne Myers at 9:00 AM