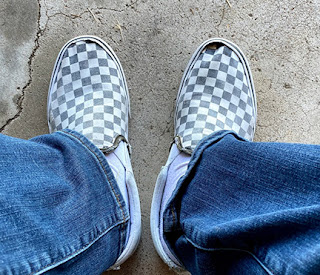 Well, it's been a while hasn’t it?

I’m sure some of you were wondering where we have been and what we have been doing especially my Family Church family.

I’m going to explain all that if you will just bear with me for a bit.

I went to church my whole life but it wasn’t til 2013 when I got serious. God got a hold of me good at a C3 Conference in Texas and changed my life and the course of my family’s life.

I started serving at church and in the community as much as possible. I was always busy.  I loved it, there is no greater joy than giving of yourself for others. It is such a blessing.

Eventually the church I was going to hired me on staff. All of the sudden I was being paid to do the one thing I felt I was put on earth to do. I was helping people professionally and it was the bees knees.

In July of 2017, I was fed up with the way someone I loved was being treated and I lashed out.  Not only was it wrong but it was cowardly. I used a prepaid cell phone to text the person I had focused my bizarre sense of justice on. I told her exactly how I felt but I did it anonymously.  I sent a total of 4 messages over 2 weeks.

After the fourth message I realized I had a problem and I made an appointment to see counselor.  Then on one of the worst days of my life (my birthday of all things, July 5th 2017) I told Linda first and then my pastor what I had done.

Needless to say that was a bad season for me.  I retained my job but things were never the same. My pastor/boss  didn’t trust me and that was getting to him. We would go through periods of normalcy and then periods of punishment to an almost bullying level.  I stepped down eventually and was told that I needed to find a new church.

I was out of work and adrift without a church home.

We took some time off, visited some friends at various churches.

After a few months I decided we would go to FC.  At the time this decision was based solely on the fact that after I left my old job I knew there were hard feelings on both sides and I wanted to go somewhere that I knew the pastors were not close to each other. I was embarrassed of my actions, I felt like a disgrace. PlusI had the idea in, from my personal previous experience that it was very possible that wherever I went someone might try to poison the well and make sure that we weren’t accepted.

I felt extremely comfortable at FC right away. The entire staff loved on us like no other. I was in charge at my previous job of making people feel welcome and I was good at it.  Still I learned a lot about the difference in striving for excellence and actually be excellent at something

I was being fed these incredibly rich spiritual meals. I learned so much about the Holy Spirit I didn’t know.

Over the last 2 years I have helped out around the church. Nick Bailey introduced me to a whole new level of video making. I started greeting again and getting involved.  I made a few graphics as well and hoped that one day I might be on staff there doing ministry again and being paid to do it.

When Nick and his family moved to North Carolina, positions opened up and I wanted one bad.  I had hoped, prayed and fasted that this would be God’s will and it wasn’t.

I wasn’t mad I was never mad but I was crestfallen. I was in retrospect way more hurt thanI should have been for just not getting a job.

It was during this couple weeks of me being incredibly down that I feel I was shown my mistake.

While I loved Family Church I picked it for the wrong reason. Paid or not If I were going, and volunteering for the right reason then it wouldn’t have bothered me. I would do what I do and that is love on people and help like I did when I was first truly converted. Because it was what I was supposed to do not because I was hoping to get anything out of it. If that had been the case I wouldn’t have let it effect me like it did. I would have just served and moved on.

I chose Family Church without discussing it with my family, I just told them that was where we would be going.  I didn’t pray about it I didn’t seek God. I just went where I knew I would be safe from slander.  Hoping no one would know about my embarrassing mistakes.

I honestly believe deep down I was chasing the hope of getting back to the happiest I have ever been, my dream job.

That was a lot to think about and that brings us to right now.

Where have I been?

I have been seeking God and seeking a church for my family and I.  I don’t know where that will lead us.  I am in constant guard against selfish motives.  I once had a very talented friend refuse to play in a worship band because he said it was too easy to make it about him if he was on stage.  I don’t want that to be me.  Im scared to find a church and serve for fear I will start to have those thoughts.

I miss community but it needs to be one where my whole family is as in love with it as I am. A place God has carved out just for the Myers.

I guess you could take this as an explanation of where we’ve been and as a  as a prayer request.