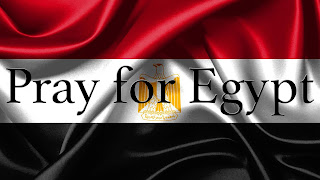 On Friday after several explosions at a mosque in  a Sufi mosque in the northern Sinai gunmen rushed in and after all was said and done 235 people were dead.

I heard about it yesterday and my heart sank. Thats 235 people that at the time of their death did not know Jesus.

As I peruse social media today I don’t see any any “pray for Egypt” hashtags and I don’t understand why.  When innocents were killed in London, #PrayforLondon was everywhere.

After the Terrible hurricane damage of Irma, Henry and Maria the #prayforpuertorico, #prayforflorida, and #prayfortexas were all trends.

When the Orlando shooting up of a gay bar hit the news #prayfororlando was everywhere including christian leaders twitter and instagram feed.

As recently as November 5th there was a shooting in Southerland Springs Texas.  An armed man walked into a church and killed 26 people, #prayfortexas.

Do I think the “hashtag” is a widely over used device so people can show solidarity even in cases where they don’t know the facts and just want to look like they care? Yes I do.
The problem is we made it a thing as a people and when it is now absent it is blatantly obvious.

Why in this case did we not see it?  I’m going to chalk it up to the holiday.  Thanksgiving is over a lot of loved ones are still in town. Then there is black Friday, people up at the crack of dawn to get bargains. More than likely not checking the news while they are out, coming home after in some cases camping out in front of stores to more than likely sleep. I hope that is the case.

2 Corinthians 1:3-4 says “All praise to God, the Father of our Lord Jesus Christ. God is our merciful Father and the source of all comfort. who comforts us in all our troubles, so that we can comfort those in any trouble with the comfort we ourselves receive from God.

What better way to love someone to Jesus than to pray for their comfort. Knowing where our comfort comes from.
Is the lack of sympathy I see due to this taking place in a mosque rather than a church?  Had a christian church in Egypt would there have been a difference in reaction?  Egypt has on the low end a 10% christian population.
Egypt is a definite mission field. Tracking the number of Muslim converts to Christianity is a difficult task, according to Albert W. Hickman of the Center for the study of Global Christianity at Gordon Conwell Theological Seminary.
In an interview with The Christian Post, found here Hickman explained that "Muslim converts to Christianity are far more likely to face adverse consequences than are Christian converts to Islam."
"These can range from the loss of a job and social and familial ostracism to beatings, imprisonment, and even death," said Hickman.
"As a result, many Muslim converts to Christianity keep their conversions secret — certainly in Muslim-majority countries, but also in Western and other countries with religious freedom due to concerns about the consequences their conversions might carry for family members back home."
"Thus, it is likely that the number of Muslims who convert to Christianity each year is underestimated," continued Hickman. "This is less likely to be true for the number of Christian converts to Islam, as they would in general face less opposition."
Possible examples of this would be the West African nation of Mauritania and the Kingdom of Saudi Arabia. While Mauritania and Saudi Arabia officially declare 100 percent of their citizens Muslim, both are known to have small non-Muslim populations.
Should we be deeply saddened by these 235 deaths? Yes, that is 235 people that are now beyond the reach of missionaries, beyond the hope of conversion.
But what of their families?

Now is a powerful time in these families lives to be reached by the hope we have.  Grace given freely without a list of rules.

So please say a prayer for those that have been touched by this tragedy.  Say a prayer for our missionaries for our foreign churches.  Pray for the workers and that more will answer that call.  The harvest is great, but the workers are few. Mt 9:37  #prayforegypt