The Problem with Me 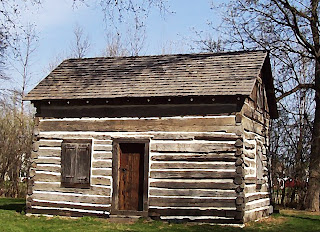 A few weeks ago I was waiting for my car to be finished at the shop. I brought it in to have a new battery put in and I had been waiting for about half an hour.  I was bored so I decided to post a picture on social media.
I carefully arranged the props, I wanted it to look natural but not boring.  I took that photo into one of the 16 apps on my phone to adjust the look.  I add a lens flare to make it look more dynamic. I adjust the contrast in another app so it won’t look so flat.
I finished up putting it thru the 3rd app and it was perfect. I opened Instagram and came up with a caption that is just clever enough to seem unprepared.  Instagram gives me the option to share this pic in Facebook too so of course I did. I mean I couldn’t rob my Facebook followers of this gold.

I posted the pic and looked out the window at the car.  It has not moved since the last time I looked so I checked Instagram to see if I had any likes.  “5 likes, not bad”, I thought.  I clicked out and opened Facebook. 12 likes there.  I made sure to tap and see who had and who had not liked the pic in both apps.
I put my phone away and walked through sporting goods.  I stopped to look at the camping section. I have never camped but I love camping gear.  My hand slipped into my pocket and found my phone, without thinking I opened Instagram to see how many likes I had now.  A few more in instagram and quite a few more in facebook. I looked to see who the new likes came from and I put my phone away again and headed towards toys.
I’m 38 and I still love to browse the toys section. Specifically legos. I’m in the lego aisle and again absently my phone was in my hand and instagram was open.  I saw the heart logo pop up at the bottom with the number 3. I was excited to see who had liked my post.
As the afternoon wore on and I waited  for the battery to be tested and replaced I looked at my phone a dozen more times.  Each time stopping to see who had and hadn’t liked what I posted.  Did Kelly like it?  Did anyone share it.  I was/am obsessed with those numbers and those names.

Recently I had a realization. I wish I could say that it was something God had just revealed to me through prayer or quiet time with him.  Instead it comes from a place of failure a place of disappointment and embarrassment.

I am too wrapped up in me. In the image I want others to perceive.  My life has become the picture I pose so it looks put together and natural but not  staged. The problem with me was me.

It reminds me of the story Jesus tells about building your house on the rock.  I’m saved, when this life is over I’ll be with Jesus. I built my house on the rock, It’s a modest house, more of a cabin a real fixer upper.  It will always be there. It’s mine no matter what.

I built a vacation home on the sand though.  It was built and filled with things that don’t matter in the long run. It’s the house I want people to see. Its a big house on beachfront property.
People can see it and I know there is a little jealousy.  It’s filled with things I know other people will like or wish they could do.  It is packed with influence, it carries weight.

I left a lot of projects unfinished back at the cabin though.  Things I didn’t want to address. Leaky pipes, dark spots in the crawlspace. It’s time I got back to that cabin.
I’m dedicated now to doing just that.  Deliberately less me and more He in the coming months.

In the land of social media my first step back to the cabin is to actively not look to see if something I post is liked and if so then by who.  I have deleted Facebook from my phone for a while. I removed my notifications and added a couple other safe guards.  When I post this blog I know there will be that pull to see how many views it gets. That is something I will fight for sure.
I won’t give up on social media, it’s important for what I do and for relationships that I have.  Its a real part of life in the modern world and it can’t be ignored.  I’ll just use it better.  I can’t be left with unlimited access to my own vanity.

I will spend more time at my cabin, and my cabin doesn’t have wifi.

Are you living in the cabin or your beach house?

Posted by Alan Wayne Myers at 6:01 AM