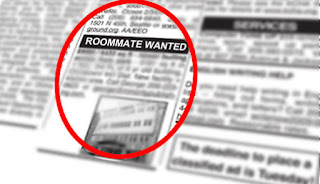 I really enjoyed the message pastor Kelly brought yesterday.  If you want to hear it for yourself you can check out the video here.

The people had gotten comfortable and stopped doing the things they had done when they were in love with and actively pursuing God.

It’s easy to think about when you compare it to a marriage.

If you have been married any length of time you know that if you are not careful over time you can end up just being roommates.
You started out in love, you went on dates, you surprised each other. Now the new has worn off and you are comfortable.

As Kelly spoke yesterday and got to the comparison I heard amen after amen about pursuing your wife/husband.  A crowd that is often silent really took hold of that idea. The idea of dating your spouse.  The idea of building, having and maintaining a healthy marriage through tending the fire you sparked when you decided to pursue your spouse for the purposes of being with them until death do you part.
When you were dating you went to their house every chance you got because you wanted to spend time with them. You talked to their friends and family because you wanted to know them. You talked long and late because you wanted to hear them. You spent your money on them because money didn't matter compared to their happiness. You did all that and so much more simply because they wanted you to.
Do that again.
Amens were thick in the sanctuary.

We were all clearly on board and fired up about the message.  I had several people tell me they really liked it. That it spoke to them. They were going to date their spouse.

The comparison is a great comparison and you certainly should never stop pursuing your spouse.
The point though of the letter to Ephesus wasn’t that their romantic life wasn’t what it used to be.
John and Kelly respectively was talking about our spiritual life. If you heard the sermon then you certainly heard that message but did you get distracted by the comparison.

Did you shut down there because its so much easier to pursue your spouse than it is to pursue God.  Did you take that as the point of the message and mentally check out?

After all we live in a “right now” culture and results are quicker, the rewards more immediate.  You are better to your wife/husband they are better to you. Done.  It doesn’t take as much effort. Especially if you haven’t kept your romance game up.  If you've went a couple years and the spark has dwindled something as simple as flowers or doing the dishes can get you the rewards you want and make you feel great right away.  You really feel like you turned things around with your roommate

With God it can be harder. Your pursuit doesn’t always have immediate results.
I heard less amens yesterday as Kelly brought it back around to our relationship with God.

Some sat there in their pew not knowing Kelly was talking to them.

He certainly was talking to me.

Have you gotten comfortable with God? Have you forgot what it was like to pursue Him?

It’s not to late to begin the chase again. You just have to decide to.

Don’t just be a roommate.