I read 57 books this year. Well below my goal but not bad.  The following list is my top 10 favorite books organized by order read. With the exception of the last 2 which are my 2 favorite books of the year. I will be pasting the synopsis from amazon here on the blog in black and following that up with my own thoughts in blue. 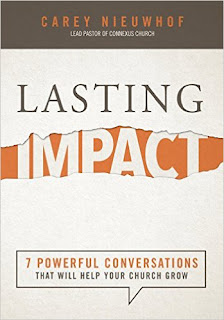 You've probably noticed ...
Churches aren't growing.
Young adults are walking away.
Volunteers are hard to recruit.
Leaders are burning out.
And the culture is changing faster than ever before.
There's no doubt the church is in a moment in history for which few church leaders are prepared.
You can look for answers, but the right response depends on having the right conversation.
In Lasting Impact, Carey Nieuwhof leads you and your team through seven conversations that will help your church grow and have a lasting impact.
What if ...
• Having the right conversations could change your trajectory?
• There was more hope than you realized?
• The potential to grow was greater than the potential to decline?
• Your community was waiting for a church to offer the hope they're looking for?
• Your best days as a church were ahead of you?
Maybe the future belongs to the churches that are willing to have the most honest


conversations at a critical time. That's what Lasting Impact is designed to facilitate.


I started off my year with Lasting Impact. We read this as a staff at church and it is 7 chapters or conversations that will help you find ways to grow as a person and God willing grow your church.
Also highly recommended is the Carey Nuehoff leadership podcast available thru iTunes or wherever you get you podcasts. 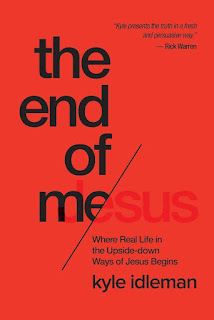 The End of Me by Kyle Idelman
Author Kyle Ildeman examines Jesus’s Sermon on the Mount, and unpacks the many counter-intuitive truths, including: brokenness is the way to wholeness, mourning is the path to blessing, and emptiness is required in order to know true fullness. Ultimately you will discover how Jesus transforms you as you begin to live out these paradoxical principles. Because only when you come to the end of yourself can you begin to experience the full, blessed, and whole life Jesus offers.
A great book and lots to think about. 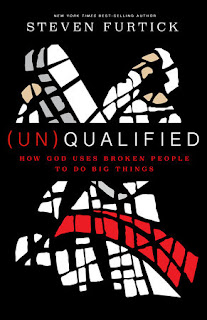 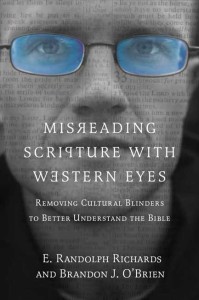 Probably my most looked forward to book of 2016. I will read and have read everything that pastor Furtick puts out. I was not let down.

Misreading the Scriptures with Western Eyes by E Randolph Richards
Biblical scholars Brandon O'Brien and Randy Richards shed light on the ways that Western readers often misunderstand the cultural dynamics of the Bible. They identify nine key areas where modern Westerners have significantly different assumptions about what might be going on in a text. Drawing on their own crosscultural experience in global mission, O'Brien and Richards show how better self-awareness and understanding of cultural differences in language, time and social mores allow us to see the Bible in fresh and unexpected ways. Getting beyond our own cultural assumptions is increasingly important for being Christians in our interconnected and globalized world. Learn to read Scripture as a member of the global body of Christ.
Honestly opened my eyes to a lot of cultural ideas that had previously stymied me in my Bible study. 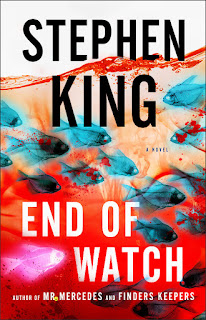 End of Watch by Stephen King
The spectacular finale to the New York Times bestselling trilogy that began with Mr. Mercedes (winner of the Edgar Award) and Finders Keepers—In End of Watch, the diabolical “Mercedes Killer” drives his enemies to suicide, and if Bill Hodges and Holly Gibney don’t figure out a way to stop him, they’ll be victims themselves.
This is the end to the Bill Hodges trilogy and it was worth the wait. I didn’t read a lot of fiction this year but couldn’t pass this up. 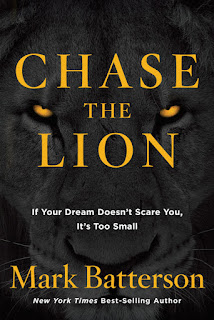 Chase the Lion by Mark Batterson
When the image of a man-eating beast travels through the optic nerve and into the visual cortex, the brain sends the body a simple but urgent message: run away! That’s what normal people do, but not lion chasers. Rather than seeing a five hundred pound problem, they see an opportunity for God to show up and show His power..
Chase the Lion is more than a catch phrase; it’s a radically different approach to life. It’s only when we stop fearing failure that we can fully seize opportunity by the mane. With grit and gusto, New York Times bestselling author Mark Batterson delivers a bold message to everyone with a big dream.
A sequel to Batterson’s first book In a Pit with a Lion on a Snowy Day this completes part of that story and is a brilliant followup even if it is 10 years later. 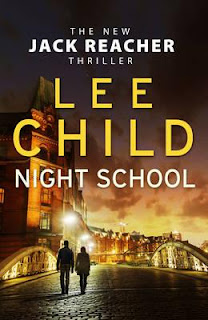 Night School by Lee Child
It’s 1996, and Reacher is still in the army. In the morning they give him a medal, and in the afternoon they send him back to school. That night he’s off the grid. Out of sight, out of mind.
Two other men are in the classroom—an FBI agent and a CIA analyst. Each is a first-rate operator, each is fresh off a big win, and each is wondering what the hell they are doing there.
Then they find out: A Jihadist sleeper cell in Hamburg, Germany, has received an unexpected visitor—a Saudi courier, seeking safe haven while waiting to rendezvous with persons unknown. A CIA asset, undercover inside the cell, has overheard the courier whisper a chilling message: “The American wants a hundred million dollars.”
For what? And who from? Reacher and his two new friends are told to find the American. Reacher recruits the best soldier he has ever worked with: Sergeant Frances Neagley. Their mission heats up in more ways than one, while always keeping their eyes on the prize: If they don’t get their man, the world will suffer an epic act of terrorism.
Every Year that a Jack Reacher novel is released is a year that a Jack Reacher novel will be on this list. This is probably my least favorite book in the series but it still made my list. 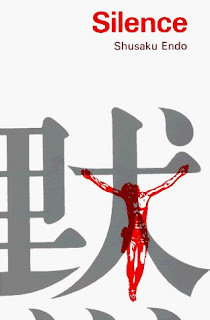 Silence by Shusako Endo
Originally published in 1966 follows Two Portuguese Jesuit priests travel to a country hostile to their religion, where feudal lords force the faithful to publicly renounce their beliefs. Eventually captured and forced to watch their Japanese Christian brothers lay down their lives for their faith, the priests bear witness to unimaginable cruelties that test their own beliefs
I read this book because I knew that Martin Scorsese had optioned the book for a movie and was currently working on it.  The book had a lot of heavy themes and I found myself lost in the world and the dilemma of the main priest Sebastiao Rodrigues. Great read. 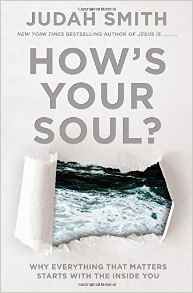 How’s Your Soul by Judah Smith
Judah Smith, New York Times bestselling author of Jesus Is ______, explores what it looks like to cultivate a healthy soul in the midst of a busy life and points readers to the soul’s only true home and place of rest and fulfillment: God.
Pastor Kelly got me thinking about grace recently and this book scratched that itch while asking a few questions of its own. I just finished the audio book and like it so much i picked up a physical copy so I could read, highlight and dog ear. I would put it as my favorite book of the year and it may well end up being that but I just finished it and i have so much deeper I want to go.
I always worry that a movie I recently see or a book I just read will make these lists due to it being on my mind more and I try to avoid that.

With that said my favorite book this year was… 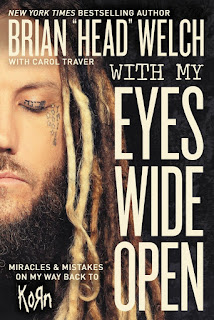 With My Eyes Wide Open by Brian “Head” Welch
A life-changing spiritual awakening freed Brian “Head” Welch from a stranglehold of drugs and alcohol and prompted him to leave the highly successful nu-metal band KoRn in 2005. What followed was a decade-long trial by fire, from the perils of fathering a teen lost in depression and self-mutilation to the harsh realities of playing solo and surviving the shattering betrayal of a trusted friend. In this intensely inspiring redemption saga, perhaps most inspiring is Brian’s radical decision to rejoin KoRn and reconcile with the tribe of people he once considered family in the metal music scene.
I loved Brian’s first book Save Me From Myself (2007) and had no idea he was working on another. As soon as it popped up for preorder I snatched it up and waited for the release date.
Brian has an amazing testimony and is an admittedly flawed person, as are we all.
One of the things I really liked about this book was how far Brian Welch has come since writing his first book.
If you read Save me From Myself you are confronted with a borderline cocky christian. Brian is new in his faith and in my opinion it feels like God hadn’t been completely given the reins to his life. There is more nostagia for the drug addled days than I was comfortable with and some language that certainly didn’t present itselff as christian.
It was clearly written by a man that had accepted Jesus and this was new to him.
By With My EyesWide Open there was a shift in the writing style and the attitude portrayed. It is a testimony in itself and I am thankful for Brian Welch.