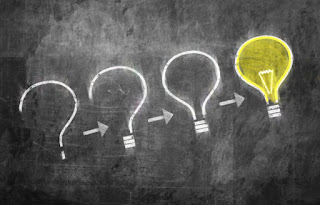 John the Baptist was a great man from scripture, arguably one of the most significant figure in the bible. He was filled with the Holy Spirit form birth according to Luke1:15. He was the first prophet since Malachi, about 400 years earlier. His coming was foretold over 700 years before his birth by Isaiah in Isaiah 40:3-5. He was sent to prepare the way for God himself. He was the son of a priest and from the line of Aaron. He lived a rugged life in the mountains of Judea, living on “locusts and wild honey” (Matthew 3:4)

John’s ministry grew in popularity, and he spoke boldly to the religious leaders, going so far as to call them a “brood of vipers”, which Jesus echoes in Matthew 12. It was unthinkable to speak to religious leader like that in that day, but John’s faith gave him boldness in the face opposition.

His message was also growing in popularity, so much so that he had to warn his disciples, “I am not the Christ but am sent ahead of him.” (John 3:28) He had reached such high acclaim that many thought he was the Messiah, but John was quick to bow to Jesus saying, “He must become greater; I must become less.” in John 3.

John recognized Jesus for who he was at His baptism proclaiming, “I need to be baptized by You and You are coming to me?” He saw that Jesus was without sin, and that he was unfit to baptize the spotless Lamb of God, his own savior. This is a man that Jesus said this about: “I tell you, among those born of women there is no one greater than John.” (Luke 7:28)

John knew, and believed whole heartedly, that Jesus was Messiah saying , “Look, the Lamb of God, who takes away the sin of the world.” John was serious about his faith, and lived his life to point others to Christ. He was fearless. He stood firm in his faith no matter the circumstances, even to the point of death. It was his speaking out against King Herod that landed him in prison and ultimately lead to his death.

But this great pillar of faith doubted…

This gives me great encouragement in my own walk. In Matthew 11, John sent his disciples to ask Jesus, “Are you the one who is to come, or should we expect someone else?” Jesus tell John’s disciples to go back and tell John about the miracles they have seen and heard there. Jesus could have easily said, “John, know that I am God.”, and John would have known exactly who Jesus was and followed without question. But it is our questions that strengthen our faith. Jesus knew the power of free will and the importance of us working through our doubts and figuring out the answers for ourselves. It is our questions the make our faith, and our God is big enough to stand up to those questions not matter what they are. So take heart, we all question God. But it is in the seeking that we find Him.