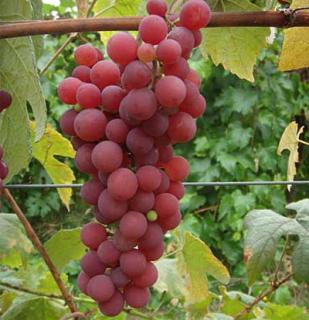 Comparison, Pastor Kelly talked about comparison this week and I got to thinking about it.

I’m pretty bad at comparing myself to others. I can’t look at to much art on facebook or deviant art without feeling like a terrible artist myself.  Doesn’t matter how much I sell or how many cool projects I get to work on I still don’t think I am “good” enough.

This causes me to not try for certain jobs or assignments because i just don’t think I’d get it and rejection is worse than not knowing.

In Numbers 13 we see where comparison grieved the Lord and he had to punish the people.

Moses sent 12 spies into the land of Cannan. This land was promised to the Israelites. God had already given it to them.   Moses was sending the spies so when they went to take it they would have a battle plan and after it was taken they would know where the best places were to farm.

This wasn’t intended to be a mission to decide if they should attack. God promised them the land and when God promises its a done deal.

So 12 spies go in and they find the land as good or better than they expected.  It was insanely fertile. the Soil was able to grow such crops that a single cluster of grapes took 2 men to carry.
All the spies had to do was come back, tell the people how awesome the land was and they could go get it.  It was already theirs!

They get back and they give their report. “yes” they say,. “The land is beautiful the soil is rich its truly an amazing place to live”

So Caleb speaks up and says “Great, then lets go get it!”.  Caleb had no hesitation. It was their land and he wanted to move in as soon as possible.

Thats when some of the spies started pumping the brakes.

Verse 31 But the other men who had explored the land with him disagreed. “We can’t go up against them! They are stronger than we are!”  The spies were ignoring God and instead comparing themselves to the people in the land.  They were disregarding all the wonders of that land because they didn’t feel like they were big enough, mean enough and strong enough to get it.

So these other spies spread a bad report, The Bible says the whole community wept and cried all night.  They even said “Let’s choose a new leader and go back to Egypt”.

These folks hadn’t even seen the land, they only heard stories about how big and mean the people occupying it were compared to them.

Imagine you came home to your house one night and another family had moved in while you were out that day.  It’s your house! Wouldn’t you immediately take action to get it back?

Still, because these spies compared themselves to those in the land, they were punished and God said since you spent 40 days exploring you’re promised Land and refuse to take it, now you will wander for 40 years. Your kids and your kids, kids can have it but you won’t.

So the Israelites wandered for 40 years.

All because the men that were meant to be the pep squad instead compared themselves to others and didn’t like what they saw.

God has promised us as Christians so much.  Promises like freedom from worry. To take care of our needs, fill us with His Spirit, keep us from damnation and thousands more and so many of us refuse to take what is ours because we don’t deem ourselves worthy.  We aren’t as good as someone else.  We aren’t as “Christian” as someone else.  “God made those promises for some people but he coupldn’t have been talking about me you say.”

No! That is so wrong. If you Love God and you believe in Jesus, your faith is in Him and the Resurrection then go take the promises God gave you!

Let’s go!  claim what is ours thru God.

At your service.
Alan