I Came to Love Comics 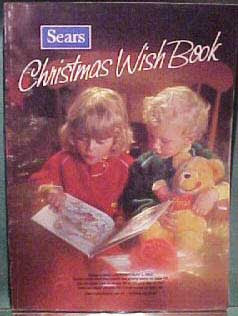 Every year as a child we got the Sears "Wishbook". Inside this precious catalog that my sister and I spent so much time memorizing was the beginning of my collection. My introduction to Superheroes.
Every year there was a box for me under the tree. It was solid and ridiculously heavy for my little hands . Within that package was 50-100 comics. All Marvel and all Superheroes. This was my initiation into the Avenger, Shield, X-men, X-factor, Excalibur and many more.
It was back in those days that I devoured Conan with the same veracity I took in Spiderman. It was the art and the stories back then. Not just the characters that were popular at the time or deemed "collectible" like it would be later in my life.
I would organize the stack according to which I wanted to read the most based on cover art. After a while i knew where my ilk was. I remember having a stack of Spiderman, Iron Man and Daredevil. Those were my first favorite comics.
We didn't have a place to get them in town for a long time so it was Christmas that fueled the fire year to year.
Later on in 1989 I was 11 and Tim Burton introduced me to Batman and it was all over.
The begining though was the Sears Wishbook and my little stack of comics.
Thanks Sears, Thanks Mom.
Posted by Alan Wayne Myers at 10:32 AM